The Mossad is widely recognized today as the best intelligence service in the world. It is also the most enigmatic, shrouded in secrecy. Mossad: The Greatest Missions of the Israeli Secret Service unveils the defining and most dangerous operations that have shaped Israel and the world at large from the agency’s more than sixty-year history, among them: the capture of Adolf Eichmann, the eradication of Black September, the destruction of the Syrian nuclear facility, and the elimination of key Iranian nuclear scientists.

In the pages of this book – you will meet some extraordinary men & women; some in the service of Mossad while some were the “enemies”.

Each mission reads like a spy thriller. Not some outlandish James Bond adventure – but, something more realistic. The planning, the reconnaissance, the actual execution, the dangers & consequences of capture and not to forget the element of dumb luck – everything is so thrilling.

The book is largely written in a chronological order that gives you a sense of key events in Israel’s history. Also it analyses Mossad’s leadership (usually referred as the Ramsad) in all of the chapters. It analyses the agency’s leaders and the personal price those leaders pay for their leadership and the toll it takes on them. Another interesting aspect is that it also covers the biggest failures of Mossad; from failed missions to diplomatic turmoil, without an attempt to gloss over the agency’s shortcomings.

The authors have included thirty odd pages of bibliography at the end of the book and claimed to use the most reliable information sources. But, in my humble opinion when Mossad is involved – we can never be sure of anything. The authors might have spared no effort but still! We will probably never know the complete truth.

It would have been better if the authors had included some geo-political background. It would have allowed readers to better understand the context.

We can debate the legality or ethics of these missions endlessly – people had been assassinated and at times even innocents died. I would only say that if you find the content interesting then you might want to give the book a try. Nevertheless, the book was an entertaining read.

This is all for today! Hope you guys enjoyed the review. Do tell me what you think of it. Also if you want me to review a particular book, do message me or put it in the comment box below. Till then PEACE!! 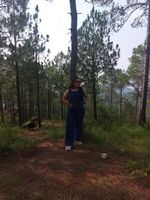 Book review: And the mountains echoed

How Money Works by DK Publishing

What is Break Free?